Barrow-in-Furness And Its Railway 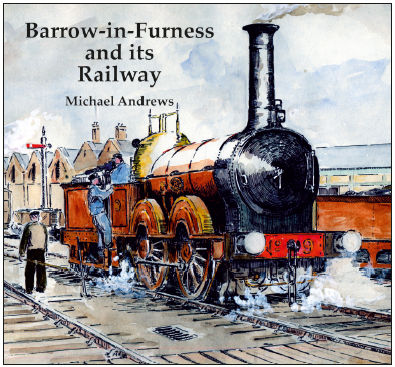 Barrow-in-Furness and its Railway

The Victorian era gave birth to several so-called 'Railway Towns' – Crewe, Derby and Swindon come to mind, but not usually Barrow. Yet, in truth, Barrow owes its very origin to its Railway. When in 1846 the infant Furness Railway reached the iron ore staiths on the shore opposite Old Barrow Island there was nothing there beyond a couple of farms and a few cottages, housing in all about 150 people. The Railway only ran a few miles inland and made no connection with any other railway. Its purpose was only to enable the export of local slate and iron ore to other parts of the country. Within less than a generation Barrow-in-Furness had become a municipal borough with 18,000 citizens. By 1867 it was a port with a system of docks, streets of houses had sprung up and there were shops, schools, churches and all the necessary public utilities. Its iron and steel works were expanding to become the largest in Europe.

The Furness Railway had grown to become part of a through route from West Cumberland to Lancashire, Yorkshire, the Midlands and London. The leading lights of the Railway Company were the pioneers of the town council and promoters of its new industries. The General Manager of the Railway had a plan for the progressive development of the town and was appointed the first Mayor on its incorporation as a Borough.

How this transformation from such modest beginnings happened was first studied by Michael Andrews in the 1950s. Not until 2003 did the story appear in a published form in the Cumbrian Railways Association monograph 'The Furness Railway in and Around Barrow' now long out of print. The present volume brings the story to life again with many of Michael Andrews' own photographs plus archive illustrations, some in colour. The specially produced maps that support the text are now also enhanced with colour.

‘Barrow-in-Furness and its Railway' will be a lasting record of the way the building of a railway led to the founding of a town and the nature of its industry. It is a book that should find a place on the shelves of local homes and in the libraries of local schools so that its story is remembered and appreciated.