The Furness Railway A History 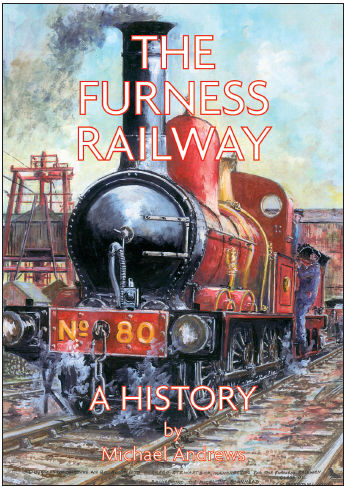 The Furness Railway - A History

...was published early in 2012 with a launch at Barrow Town Hall, by invitation of the Mayor, Cllr John Murphy. The book has earned much praise among railway historians and local readers. It fills a gap in the modern histories of pre-grouping railway companies. For local people the pages carry many significant records of the evolution of Barrow as a town, a port and a centre of Victorian industrial expansion following the arrival of the first railway in 1846. Copies are still available, price £25 post free to UK addresses.

Writing an introductory chapter in Furness Railway 150 – a Cumbrian Railways Association publication of 1996 to mark the 150th anniversary of the FR – Michael Andrews remarked that, in some ways, the Railway's was a story of missed opportunities. Twice the chance for the line to form part of a major north-south trunk route was missed. Capital poured into the construction of modern port facilities failed to bring the anticipated trade or returns. The motivation of its creators was to maximise their revenues from the minerals lying under the land they owned.

The efficient movement of haematite ore from the Furness mines and slate from the Kirkby quarries to a point of despatch by sea was the main aim. So a railway was developed with no physical link with any other part of the growing UK network. From this small and local beginning there grew a system of lines based in Barrow which was linked both north and south into the systems of other operators. Sea and lake steamer services were begun and initiatives taken to develop hotels, visitor and residential facilities related to the Railway.

In the wake of its new railway the town of Barrow erupted into being, with iron and steelworks, port facilities and shipyards, a jute and linen works, wagon works, brickyards, timber and oil importers. The principal promoters of a mineral railway soon found themselves managing a series of substantial businesses and presiding over the provision of a town to accommodate a population of 60,000 men, women and children. Quite a story and well worth a read! 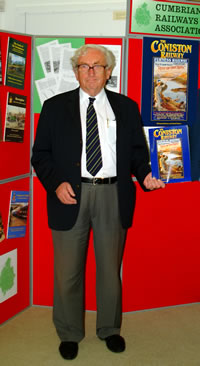 Michael Andrews was a Barrovian by birth and upbringing. He trained to become a doctor and spent his higher education and entire professional career in the south of England. He developed a particular interest in industrial medicine and in 1966 joined the railway as Area Medical Officer for BR Southern Region at London Bridge. By 1983 he had become the Chief Medical Officer of British Rail. Throughout his working life Michael maintained close links with his home town and applied much of his leisure time to recording the local railway scene and studying archive material on the origins and development of he Furness Railway.

A paper written during a university night school course was eventually published in 2003 by the Cumbrian Railways Association under the title “The Furness Railway In and Around Barrow”. This quickly sold out and was followed in 2005 by “The Coniston Railway” written in association with Geoff Holme, which is now in its third edition. At the time of Michael's sudden death in 2010 plans for the publication of his substantial History of the Furness Railway were still unfulfilled. Barrai Books came into being to help his family bring the project to completion.